The implementation of the pilot process took place from April till May 2022. Adult Educators who participated in the Training Activities in Sakarya, Turkey and Katowice, Poland conducted the ICT trainings applying the Freirean Methodology they were taught.

The partnership managed to involve more than 240 Senior Educatees in total in the pilot process of testing and validating the products.

From the lessons learned of this European pilot experience we are confident to support the efficiency of the Freirean Methodology in the ICT training.

If you want to learn more about these experiences in each partner country, you can read the reports below:

While preparing the training, the characteristics of the target group were taken into consideration at the first stage. What is the need of the target group and what kind of content should be prepared according to these needs? These questions were tried to be answered. In this context, it was decided to make the application with 3 different contents. The determined contents are as follows; basic skills in using digital tools, photos and app downloads. The main reason for choosing these 3 content is that they are the topics that are most likely to be used in the life of the target audience.

Since the target group consisted of seniors individuals, it was decided to apply the application face to face. In this context, people were invited to the place where the training would take place, in accordance with the COVID-19 precautions. Transportation support is also provided for those who have difficulties in transportation to the education place. In addition, the languages spoken by the participants due to their ethnicity are Kurdish and Arabic. Since the trainer did not know Kurdish, a volunteer translator who knew Kurdish provided translation support during the training. During the training, each participant was given a smart phone that they could use temporarily so that they could learn by doing. During the application, a projector was used to reflect the images and videos about the content. A short briefing was given at the beginning of the sessions. Then, the content of the subject to be explained is mentioned. At the end of each session, an application was made on the contents described.

The activity was carried out under 3 main headings. These; 1- basic skills on digital tools 2- app download and 3- photos. In this context, while creating the contents, the psychosocial development period of the participants was taken into account, and the contents were simplified. The method used to share the content is to show-off method (demonstration). The trainer first showed the explained content by applying it himself, and then had the participants apply it. With the presence of the second facilitator alongside the trainer, the difficulties that the participants may experience in practice are minimized. During the training, each participant was given a smartphone. The phones were collected back at the end of the training given to the participants in each session. The visuals of the content were shared in the form of presentations using a projector. The application was carried out with the second facilitator for the illiterate participants. Each session lasted an average of 1.5 hours. A total of 4 sessions were applied to 2 different groups.

At the end of the training, the participants; They stated that they would participate in the event that a similar activity was carried out, and that the information they gained would be very useful in their own lives. 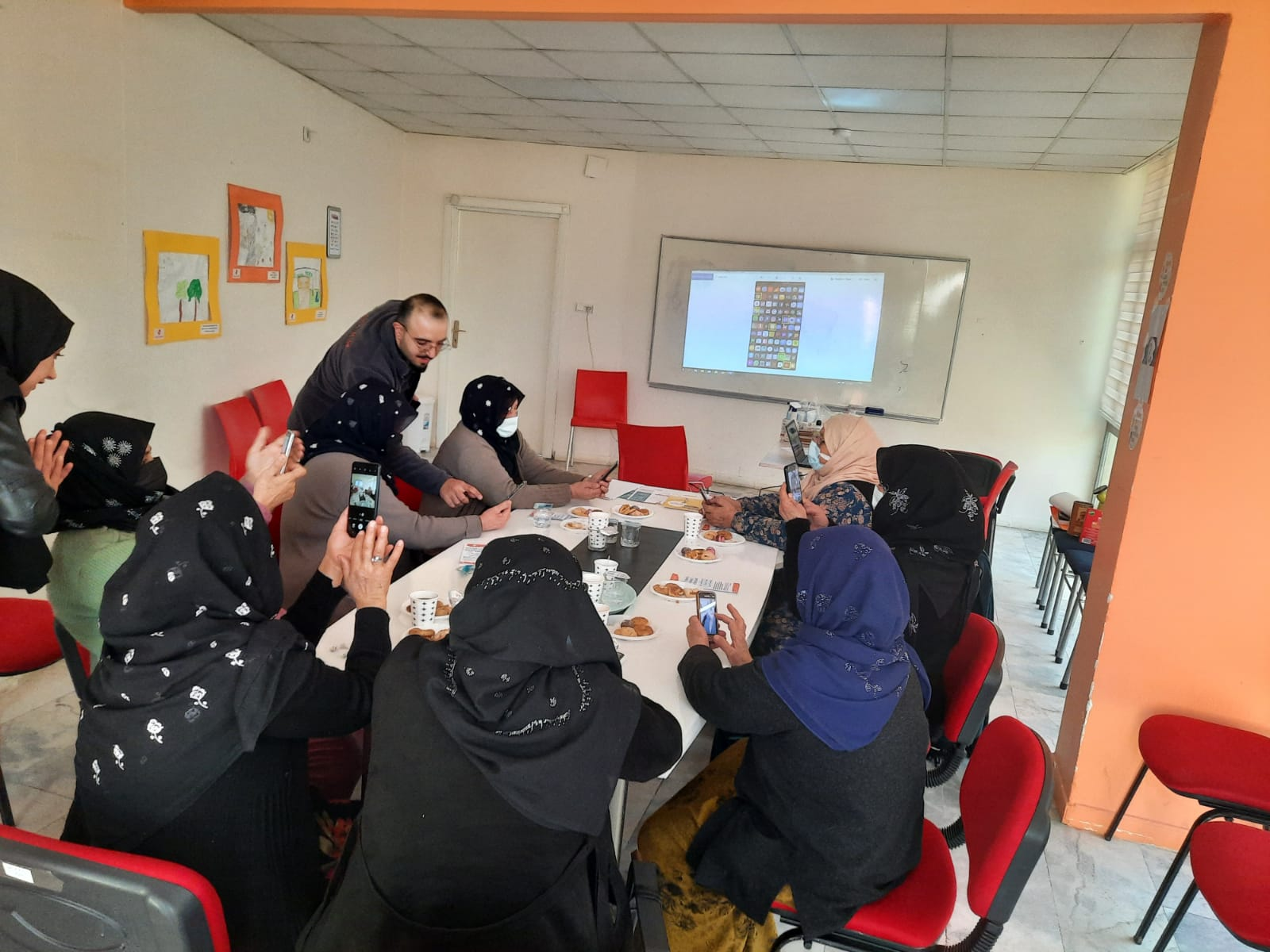 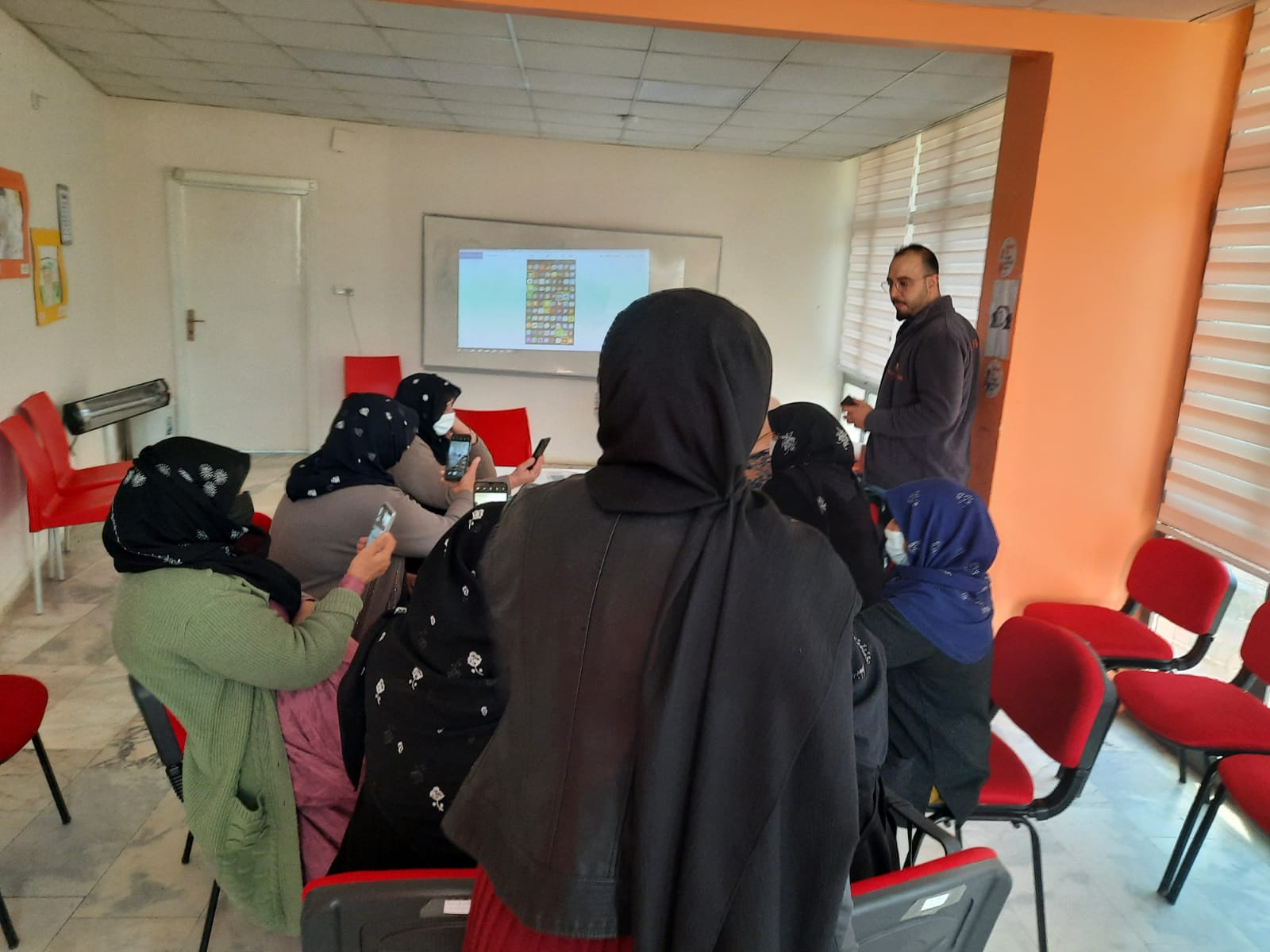 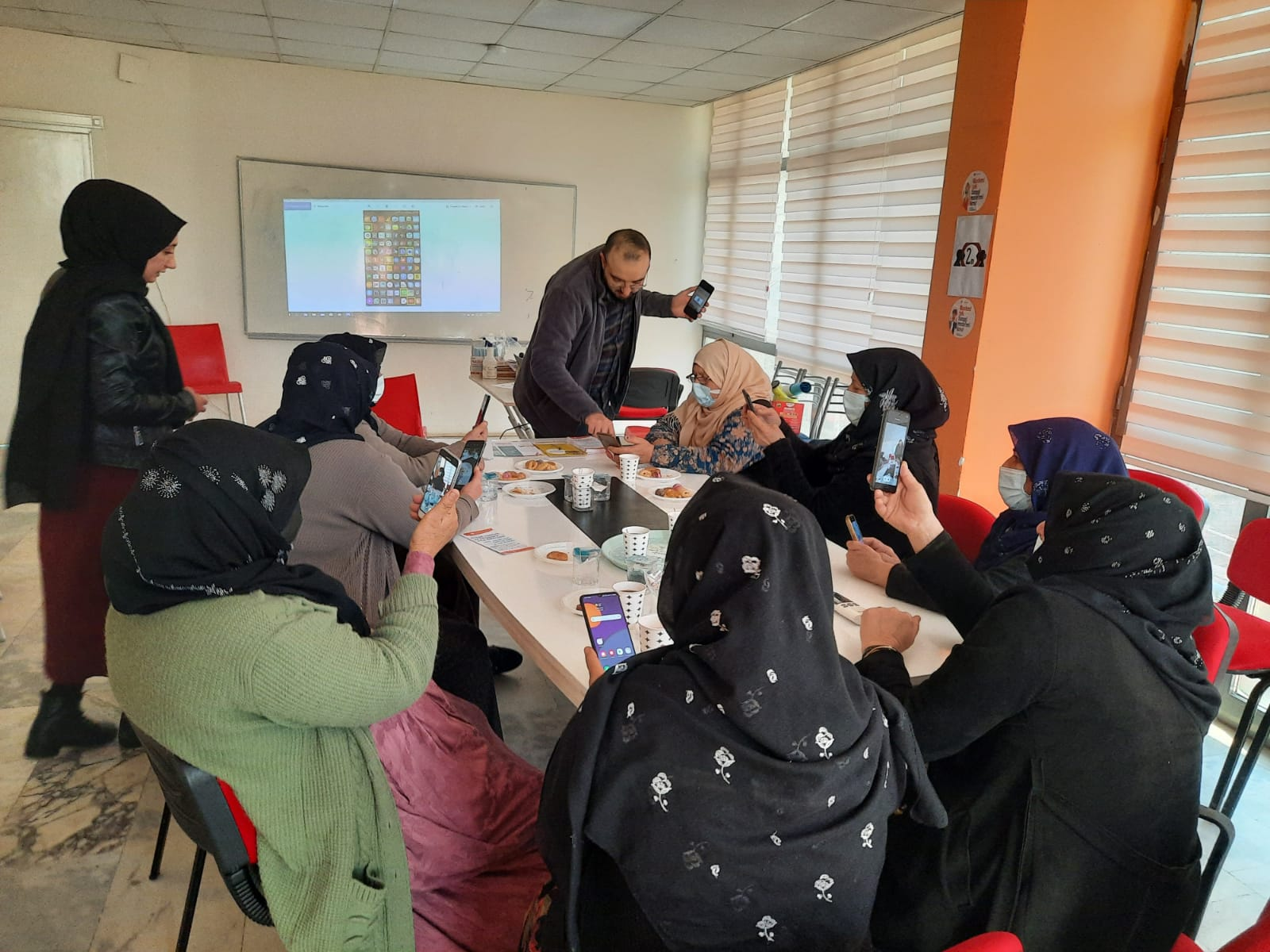